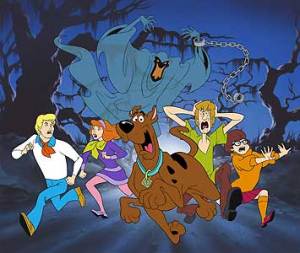 This was a reply I wrote on a webboard a while back. It was in response to a question regarding saving the various ghosts that the original poster came across, and how to go about doing such a thing.

If you go around trying to save every ghostie you find, you’ll never get any peace. Most times you just have to leave these things be.

It’s important to remember that a person’s spiritual path doesn’t end with their death. Being a dead disincarnate spirit may not be the best situation to end up in, but the ghost is still spiritually evolving and eventually they’ll end up where they need to be, it will just take them a while. Most ghosts don’t last more than a few years. Although there are a lot of ghosts that are several decades old, they constitute a small number of all of the people who have died. Century old ghosts are really hard to come by, and I’ve never heard of one that was more than a few hundred years old. It’s because things don’t stay ghosts for that long, and on an infinite timeline even a few hundred years disincarnate isn’t a very long time.

Also ghosts are rarely sane and logical. Some are very insane and delusional. Some were crazy in life, and being dead just seems to amplify that. Many don’t believe they’re dead. A lot exist in a somewhat delusional state that may move between being somewhat lucid and being almost entirely caught in a dream-like state where they fall back on patterns they followed in life.

Even if you try to save something like that, there’s a good chance it won’t work. Many of them don’t follow normal human logic and they’re difficult to reason with on a human level.

And saving a ghost is rarely just a matter of getting that one final key to setting them free. It’s a process, and just like a person it can take an investment of months or even years and in the end still might not pay off.

You shouldn’t feel guilty about not helping. The ghosts are getting where they need to go, and there are forces out there that are designed specifically to aid them in that process. For the most part saving ghosts isn’t the spiritual path of incarnate people, and if you help every single one you meet you’ll never have enough time for yourself and probably end up neglecting your own spiritual path, which isn’t fair to you.

This entry was posted on Wednesday, July 30th, 2008 at 12:54 pm and is filed under Entities, Magick, Seance. You can follow any responses to this entry through the RSS 2.0 feed. You can leave a response, or trackback from your own site.

One Response to Helping Ghosts Pass Over